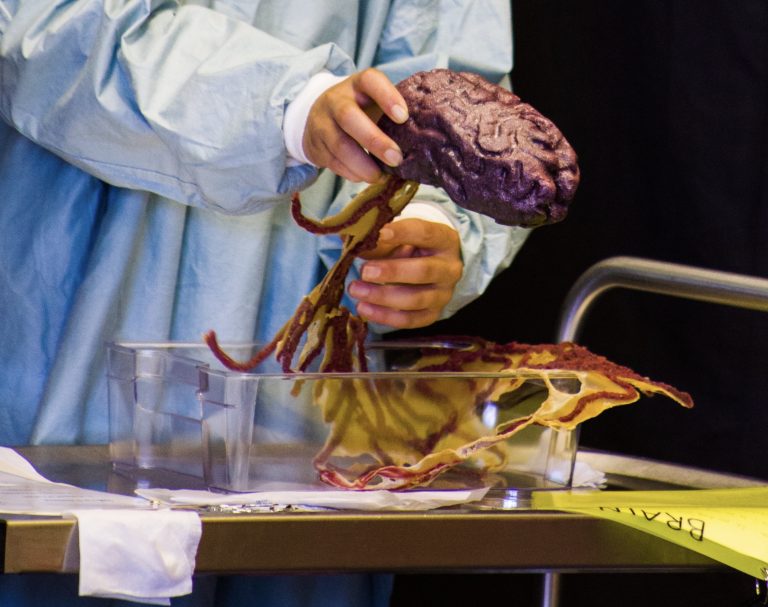 Silva Lining’s Care Plan, a podcast audio drama made by 2BU Productions is out. The story centres on Silva, a retired neurosurgeon who has dementia but has invented something extraordinary – a very special organoid. Meet Brain, growing in a petri dish and fast developing a mind of its own…. Listen to all episodes here….https://elspeth4.podbean.com

We’d love to keep in touch with you about Silva Lining’s Care Plan: sign up here: /keepintouch

Silva, what is the story?

Are you a carer, or have a relative or friend who needs caring for? Have you experienced looking after someone with dementia? It’s tough to live with dementia and tough to be a carer. What is being a carer? What is care? What is humanness? What is living with dementia about? Are we even asking the right questions?

The highly topical play Silva Lining’s Care Plan is a high – quality podcast drama about a chaotic organoid brain which gets the better of a carer and a woman with dementia. It is informed by the personal experience of carers of people with dementia and it questions what it means to be human and to care.

Produced by 2BU Productions Ltd, the play began its life as a theatre piece. After being awarded a development fund from Arts Council England, Elspeth let the team know that the play was – in terms of tone – somewhere between Kafka and Ken Loach. An unusual mixing of genre perhaps, but it worked. The theatre company performers for this first phase were the comedian Angie Belcher, actor Pameli Benham and ‘cellist Sarah Moody. The process was one of improvisations around themes and story elements, with music, design, and puppetry woven in from the start. The play emerged bit by bit, rewrite by rewrite. Everyone in the team had experienced dementia through people they had loved and lost.

It was performed as a work in progress piece at Puppet Place Bristol, The Contemporary in Nottingham, and the TAnDem conference: the Doctoral Training Centre that has been funded to focus on studying The Arts and Dementia. This was a close collaboration between Elspeth Penny, the lead artist on the project, and academic Professor Justine Schneider at University of Nottingham: Elspeth based the play on Justine’s research.

The play won a lot of positive feedback, interest and publicity, including a BBC TV feature. However, two of our funding bids to take the work further failed. It’s a painful and time-consuming job to write bids and Elspeth’s faith in winning funding bids faltered. Justine was always there to talk through ideas and her calm, encouraging words, full of faith in the project, ‘You mustn’t give up’ kept us going through just one more funding bid.

In this bid we took a new direction, taking into consideration social distancing and Covid-19 risks, as well as the alarming and sad news about the prevalence of Coronovirus in care homes. In some articles there appeared to be an implicit blame on carers for this. Wasn’t Silva Lining’s Care Plan a play about care and about carers? Wasn’t it important for the different stories about carers to be out there, to be represented, to be discussed?

And so, a group of us have worked to convert the play to become an episodic podcast play, with additional interview material in order to find new ways to reach carers. We knew we wanted to record it (from isolation) with four actors so that it could be broadcast from November 2020.

The play needed a rewrite. Elspeth had already made some leap of faith decisions about increasing the importance of the character Brain, to take the play out of the Ken Loach territory and a bit more into the world of Kafka. Working with Radio 4 drama Producer Sara Davies as dramaturg was exciting, informative and enjoyable: Sara gave steers, advise, wisdoms not just about the script but about all kinds of vital things – such as the layout for audio scripts and procedures for recording.

Justine wrote: ‘I have read the new Silva script. I so enjoyed it. The pace, the humour, the narrative – all came across vividly…I find that it drama continues to convey aspects of our research better than any other medium.”

We also were lucky to have the eyes of Professor Dons Coleston-Shields, to ensure that the portrayal of dementia in the writing was accurate enough. Dons is Consultant Clinical Psychologist & Neuropsychologist with specialist skills in the neuropsychology of dementia.

Working with ‘cellist Sarah Moody over Zoom to adapt the music for podcast has been fun and casting was exciting. Recording has now taken place, and the play has been through several edits. Iain Hunter, a highly experienced BBC Radio 4 editor has worked wonders with the online recordings in post production, and we are launching as soon as we are ready to.

Silva - what do others say? 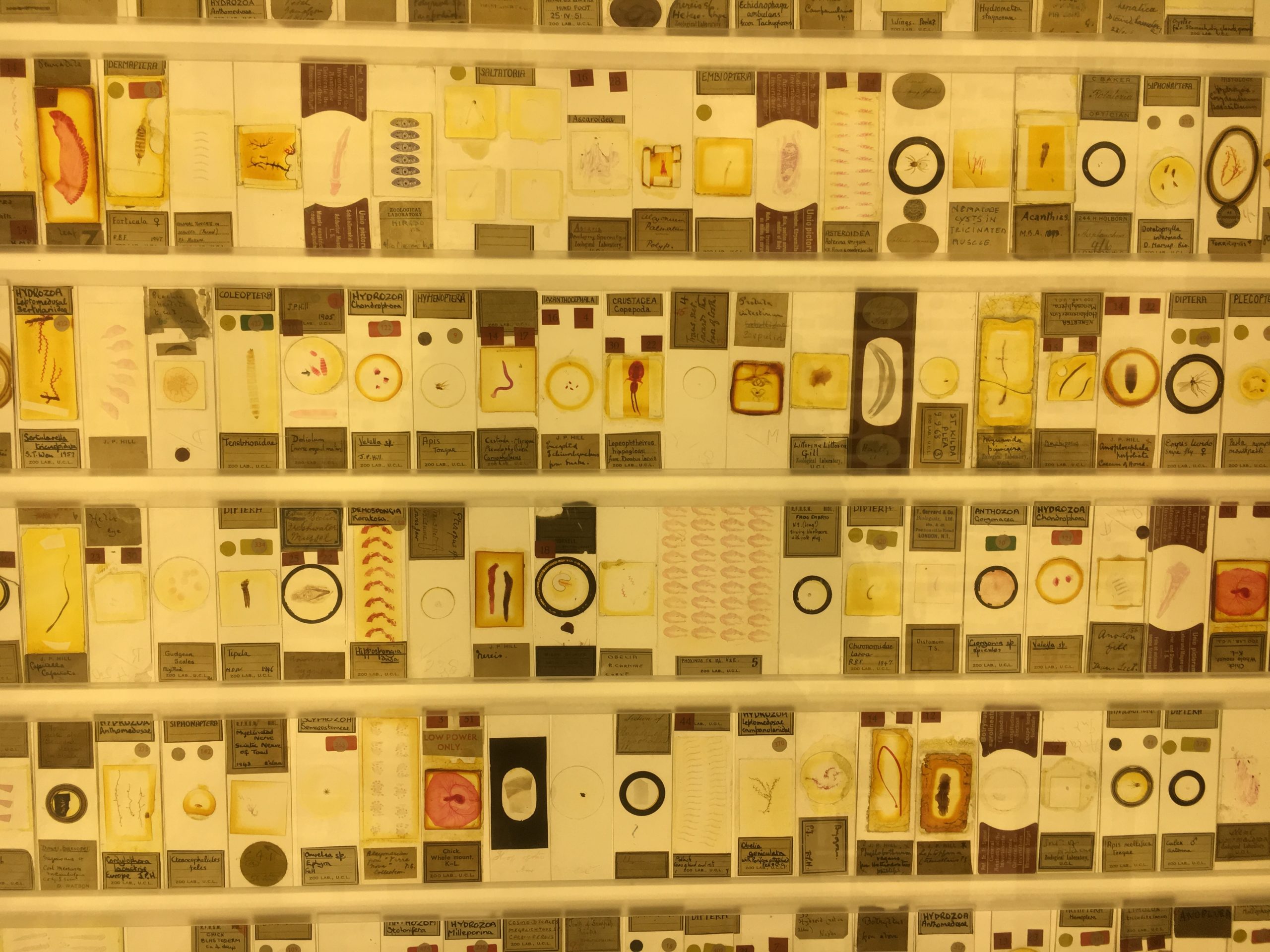 Stephanie Cole OBEActor
Read More
I hope it gets heard by a large audience: it will help with understanding.

Trevor Clower Virtual Carers Roadshow
Read More
I do sympathise with Mark, I see him as a son who is frightened & trying to care for his mum at arm's length. You need two things to help you achieve this, money & luck

Trevor Clower:Virtual Carers Roadshow
Read More
A brilliant story ... Elspeth Penny the writer is very talented... The tongue in cheek humorous quips Karen had with Mark was very funny. I enjoyed how much I got to understand all the characters & really got inside them. Lots of parallels with the kind of trials & tribulations carers must deal with during their profession

Dr Samantha Wilkinson Carer in original Nottingham study
Read More
Silva Lining’s Care Plan offers an authentic insight into the lived experiences of home care for people with dementia, beautifully capturing its essence from both the carer’s perspective and the perspective of the person with dementia. This podcast really brings to life the often-hidden world of carers and people with dementia, transporting you to another place and time so you really feel as if you are ‘there’.
Previous
Next

Alex CoulterAll-Party Parliamentary Group on Arts, Health and Wellbeing
Read More
Heart-rending and laugh out loud, a roller-coaster of an emotional journey.

Women's Prize of Playwriting 2020, longlisted
Read More
Interesting interrogation into care and neglect, especially surrounding the moral dilemmas of dementia care. The characters were funny and burst off the page – even Brain is full of charisma. I was a big fan of the play’s surreal elements.

Professor Dons Coleston-ShieldsConsultant Clinical Psychologist & Neuropsychologist
Read More
I couldn’t put the script down because I wanted to know what happened at the end. Silva stays intact as a personality. As medics we’re part of the serialisation of the story. But the endings change in ways we might not expect.

We’d love to keep in touch with you: sign up here: /keepintouch 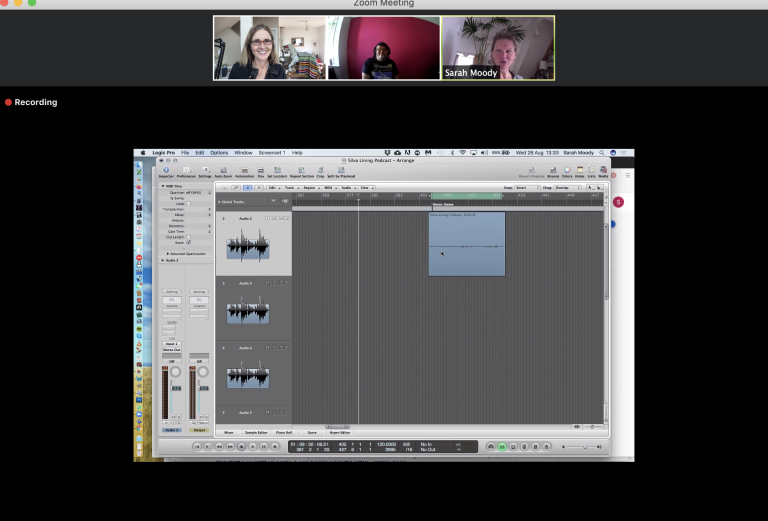 The podcast will give access to thousands of carers through partnership with key organisations in the voluntary and statutory sectors such as Alzheimer’s Society as well as the NHS.

It will also be easy to access for carers looking after relatives with dementia, and for disabled people with ME or other debilitating diseases or conditions, many of whom have carers and who would not have made it to the theatre.

See more about Silva, in its early stages: https://2buproductions.org/silva-linings-care-plan-reviews-far/