Read the review in The Lancet Neurology April 2022:

Longlisted for the Woman’s Prize of Playwrighting 2020

Listen to the podcast here:

Listen to the Omnibus or Episodes 1-3.

What people are saying about Silva Lining's Care Plan

“I hope it gets heard by a large audience: it will help with understanding.” Stephanie Cole OBE

“Just to say how much I appreciated Silva Lining’s Care Plan.  I found it very moving, striking a real chord with me, having cared for my mother. I loved the way you subverted the tired old cultural tropes embedded in cultures of care and dependency and the direction the narrative took, transcendent and giving us some hope.  Fingers crossed the play has the acclaim it deserves and effects the changes we all want.   Dr Joanna Cross, Sociology & the Performing Arts

“I’m so pleased to have been a small part of this – it’s a wry, thought-provoking way of thinking about dementia, with great performances (Marlene Sidaway, Melissa Johns, Shappi Khorsandi and Cyril Nri) and music by the talented Sarah Moody. Elspeth Penny has a real gift for getting under the skin of a subject in unexpected ways, and it was a real pleasure to work on the script with her.” Sara Davies, Dramaturg and ex BBC Executive Director

“Creative story line, demonstrating the complex demands of good dementia care on both the person with dementia and the carer. An interesting illustration of the inadequacy of the care plan.” Julia Jefferson, Author of Dementia Programme, Nottingham MCA Forum

“highlighted the dilemmas faced by carers, family and the person living with dementia. The Importance of good care planning. A fascinating insight into the world of someone living with dementia as well as those delivering support. It left me wanting more. Bev Pearson, Dementia Programme Lead & Chair of Nottingham MCA Forum, delivering a carers and information Programme in Nottingham.

The launch was… “tremendously special for me (not to mention everyone) – not only because of the pure subject to which I can now so well relate, but also because I was so amazed by what you have created – the story of someone falling into dementia alongside the beautiful attention of a feeling carer. And then the brain … the hope!! It was wonderful to see and hear the people who have supported you too. It would be a joy to join in future discussions – I feel inspired …Thank you” Annie Bell, Germany

More about the podcast drama

A chaotic organoid brain gets the better of a carer and its creator, a woman with dementia, in this podcast drama informed by the personal experience of home carers of people with dementia.

Based on research into dementia carers, led by Professor Justine Schneider with advice from Principal Research Fellow Dons Coleston-Shields whose specialism is neuropsychology of dementia.

The play was longlisted for the Woman’s Prize of Playwrighting 2020.

More about the launch

The launch of our podcast play was a delight – it was warm, stimulating and informative and our audience was generous with comments and questions – thank you everyone who came.  We’ll post up a link to the video of the launch soon.

Biogs of the speakers

Elspeth Penny is a writer and arts&health specialist with 2BU Productions Ltd. She makes drama podcasts, such as  Silva Lining’s Care Plan, launching in September 2021, and other funny, shocking, conversation starting, affecting pieces of art, using creative letter writing, memoir and drama. She’s collaborating with two medical doctor/researchers from the University of Bristol, Barny Hole and Lucy Plumb exploring ways to give voice to people living with long-term illness, who can often feel invisible. She is starting to develop her second podcast drama and a graphic memoir novel, as well as undergoing organisational development 2BU funded over two years by Arts Council England. Twitter: @elspethpenny Facebook @elspethpennywriter @2buproductions

Professor Justine Schneider Justine has greatly enjoyed working on this project with Elspeth, and will never forget the excitement of attending the first reading of Silva in Bristol, now several years ago.  As a social researcher in dementia care for over 30 years, her research experience includes large-scale national and cross-national studies deploying a wide range of methodological approaches. Current research includes evaluations of music as an intervention in care homes, and singing in dementia.  With a focus on knowledge exchange and the adoption into practice of research findings, she has also developed several translational projects. The first was the play ‘Inside Out of Mind’, which toured to 6 cities in 2015 and has been seen by about 10,000 people.  A second is Massive Online Open Course (MOOC), whose development; Foundations in Dementia Awareness and Care is freely available on the Futurelearn platform. With input from 30 academics and NHS professionals, it has been used by over 12,000 learners to date. A full-length opera, ‘Take Care’, by Douglas Finch, with libretto by Cindy Oswin, explores the emotional impact of dementia care, funding is being sought for its production at Nottingham Lakeside Arts in 2022.

Philip Ball is a British science writer. For over twenty years he has been an editor of the journal Nature for which he continues to write regularly.He now writes a regular column in Chemistry World. He has contributed to publications ranging from New Scientist to the New York Times, The Guardian, the Financial Times and New Statesman. He has broadcast on many occasions on radio and TV, and in June 2004 he presented a three-part serial on nanotechnology, Small Worlds, on BBC Radio 4.

Dons Coleston-Sheilds is currently Programme Manager for AQUEDUCT, a large multi-project research programme concerned with service provision for crisis in dementia. She is a Consultant Clinical Psychologist & Neuropsychologist with specialist skills in the neuropsychology of dementia and cognitive assessment in later life, in addition to her broader therapy and systemic skills. Dons has been an advisor to ensure the portrayal of dementia is accurate.

Trevor Clower is a Carers’ Champion. As an unpaid carer for his son, he discovered the lack of support for carers. When he retired, he wanted to get free support for all of the unpaid carers in Nottinghamshire through the Carers Road Shows he developed, offering unpaid carers free support, to enable them to have some sort of real life while still being an effective unpaid carer. He won an unsung hero Oscar award in March 2016, from the Nottinghamshire Healthcare NHS Foundation Trust for his work in developing the Carers Road Shows.

Marlene Sidaway Next January will be the 60th anniversary of my first job as a professional actress! During those years I’ve worked in Theatres all over the country – also in Television, Films, Radio, Audio Books etc., but Silva Lining is my 1st Podcast! Highlights for me have been working at the National Theatre, also at Manchester, Leeds , Sheffield and London, my many Television appearances have included Coronation Street, Holby City, Doc Martin, and especially playing Maureen in “Mum” with Lesley Manville.

The launch was beautifully chaired by Angie –  Angela Athay-Hunt, Engagement &Youth Theatre Manager, Theatre Orchard who stepped in last minute to cover. The event was part of the Culture Weston Arts&Health week 2021, thanks to Fiona for having us and Becky for the zoom help.

Trevor – whilst running the carers road shows, what have you learned about carers?

Good paid Carers are individuals that love their job, the money their paid, is only being a secondary issue. This shows up when doing their Caring work after their paid hours have finished.  There is also a cohort of individuals known as Unpaid Carers, dealing with all kinds of illnesses, such as dementia, with little or no support, because the unpaid carer is not ill there is no NHS mechanism to support them. The unpaid carer sees all the resources going into the person their caring for, yet it’s the unpaid carer who is expected to keep the patient at home to prevent the Hospitals & Carer Homes from being overwhelmed & unable to function.

Why is it important for there to be work about carers? Paid Carers are under paid & their worth not recognized, being seen as an expenditure without any thought of the advantages they create. Unpaid Carers worth is best demonstrated during the pandemic financial year, April 2020 to March 2021, where the 10 million plus cohort of Unpaid Carers saved the chancellor of the exchequer £500 million a day, amounting to 184 billion pounds, by keeping the patient at home & out of the Hospitals & Carer Homes.   (figures from Carers UK)

How do you feel that Silva Lining’s Care Plan reflects the reality of care work? As an unpaid carer myself, I like how Silva Lining Care Plan portrays the importance of humour when being a carer.  Dementia is a horrible thing to have & there is no laid down way of dealing with it, but humour is a very good medium to use in communicating on many levels, during the deuteriation of the mind. The carer needs to get connected with the patient, to find what level their mind is on, as this changes every day, sometimes worse, sometimes better, than the day before. This can only be achieved by having a regular carer, a bad agency tends to send different carers & this impacts on the level of understanding & therefore on the quality of care….
There is one thing Silva Lining Care Plan eludes towards, that is getting close to a patient’s illness can present a problem, insomuch that the pressure/depression can bleed over into the mind of the carer, a carer has to be ready for this, so as not to be drawn to much into the patient’s world….

Ruth Cocksedge: This is a fab project! Thanks to Justine for inviting me. How will it be promoted and used for the general public, as it seems to tell a relatable story for our times – and indeed for our futures. Also, is it a story that will continue in the future, or a one off?

Charlie Murphy:  Really exciting to hear about this fantastic project – really looking forward to hearing the series. There is lots of info  about the arts & science project that Philip Ball took part in here www.brainsinadish.org ..we are so excited to hear you’ve developed an organoid character!

Jules Morgan: Very interested in the original diaries – what did you learn from these? and can you talk about the process of this transition into drama?

Elspeth: So much to say about this. I’ve also written about this in The story behind the podcast, and also concerning a different play at: https://2buproductions.org/bring-research-to-life/

Trevor Clower: I feel many people will benefit from listening to the podcast … thank you Elspeth

Letter To My Kidney and Out Like Fudge: Bringing Research To Life

We are proud of our Silva Lining's Care Plan actors, performers and artists: the actors 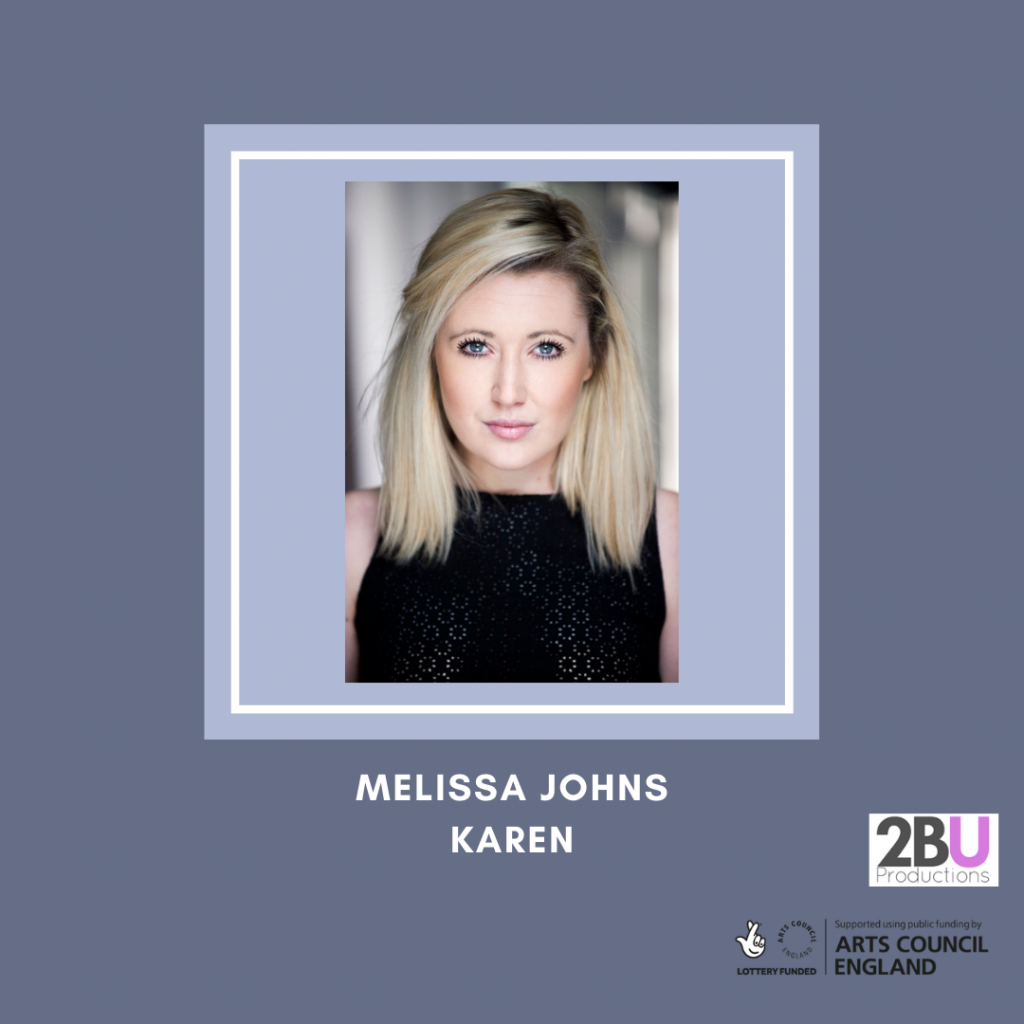 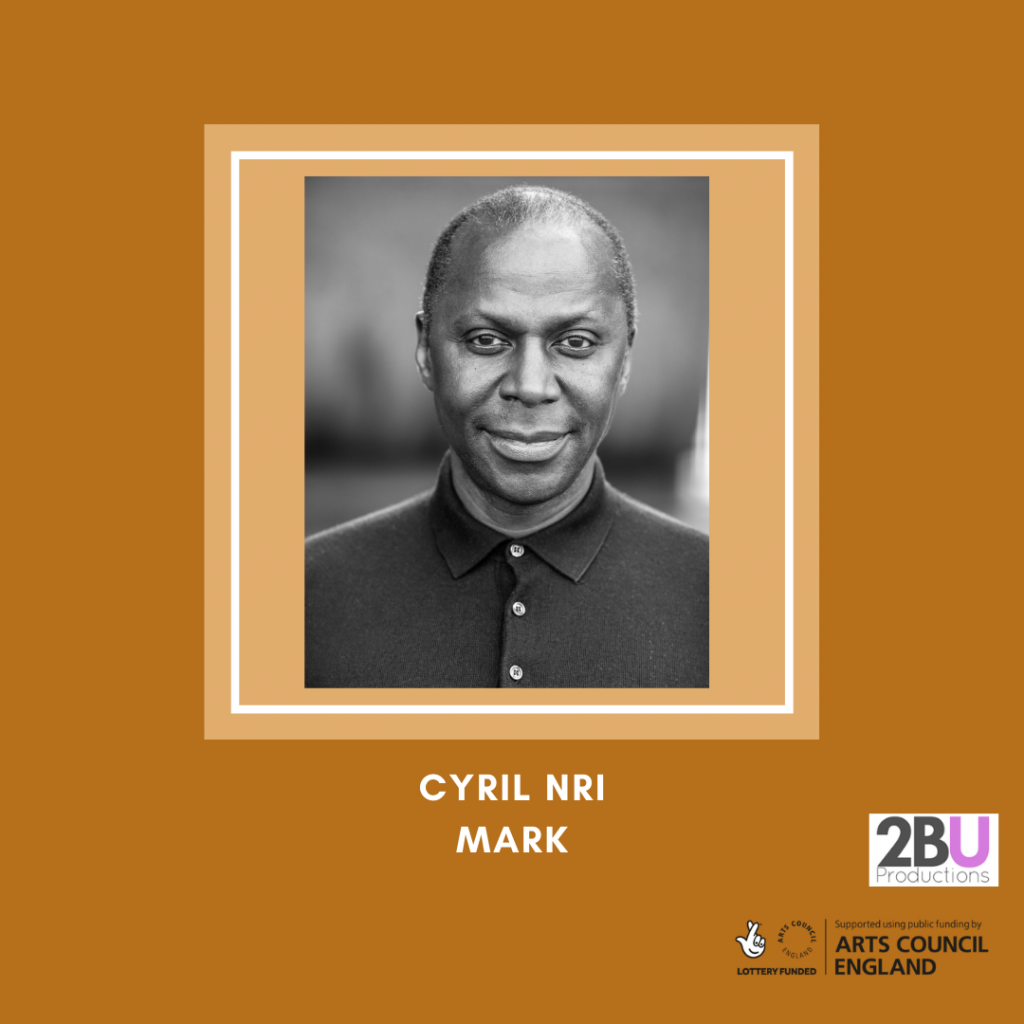 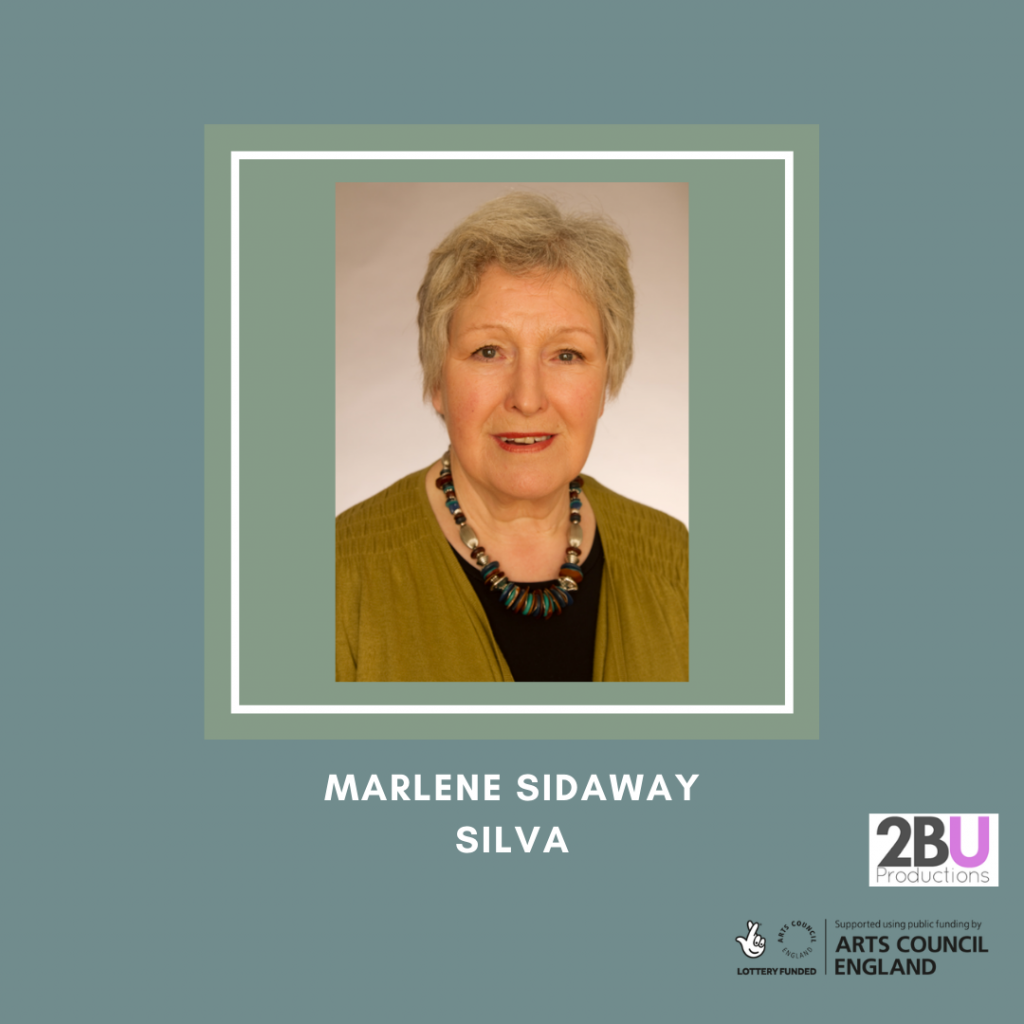 What next for Silva Lining's Care Plan?

We are working to get Silva to as many ears as possible, through social media, festivals etc. We’d love it if you can spread the word.  We have some informative and entertaining interviews which we hope to share in the near future in extra episodes.

In addition to this, 2BU have been awarded funding to develop and make another podcast drama – watch this space!

Find out more here about Writing for dementia and carers, or The story behind the podcast.

We’d love to keep in touch with you about Silva Lining’s Care Plan: sign up here: /keepintouch

Want to hear about more work from 2BU?