Shaparak tells us about her experience acting the part of "Brain" 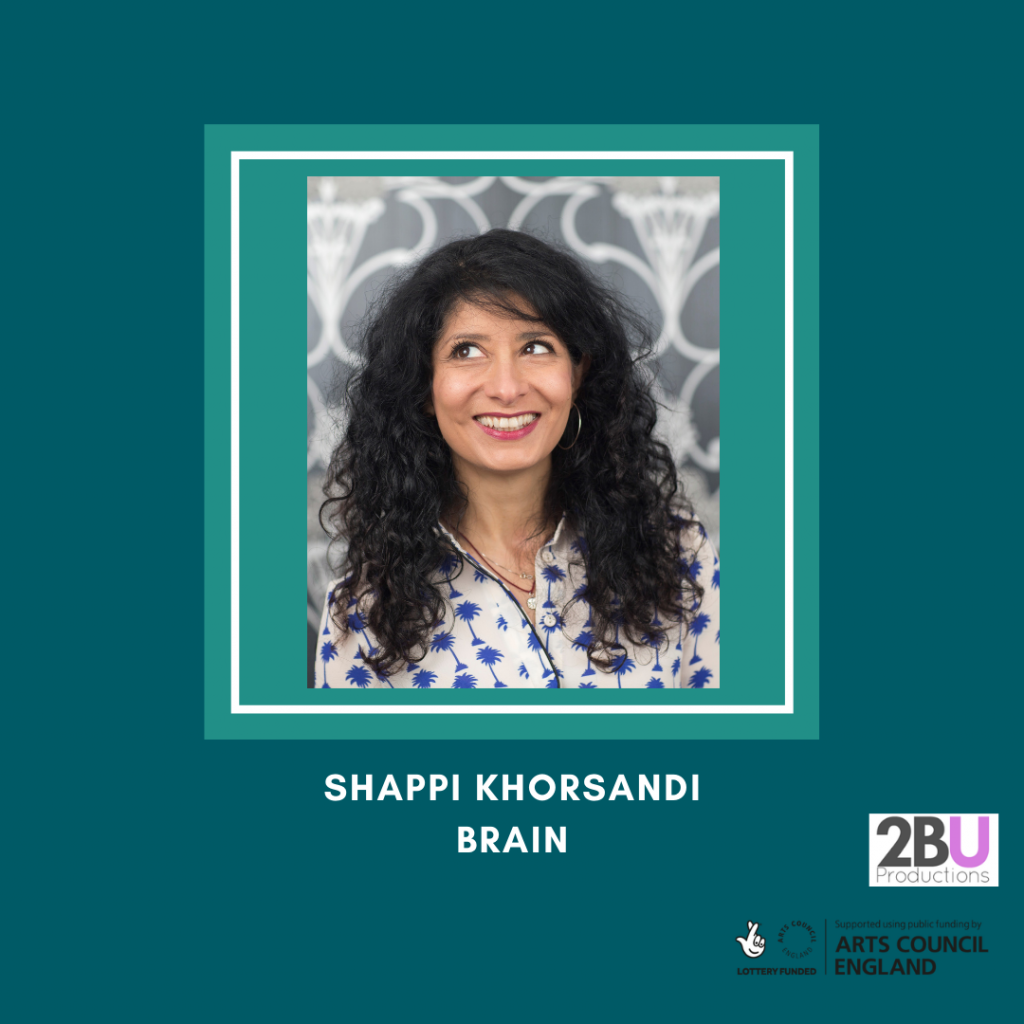 For Khorsandi – an internationally recognised stand-up comedian – the world of acting was relatively untapped. Shaparak says she enjoyed the recording process enormously, which happened in lockdown 2020 – the collaborative quality of making an audio drama seemed to set something off in her:

“I feel like my life needs to go in a different direction (…) There you go. I said that out loud. I was never meant to be a solitary animal”.

Whilst comedy is a compulsion that drives Khorsandi, she admits that stand up can’t always provide the team work and companionship. Perhaps, it is these components – community, company and inclusion – which underly the foundations of empathetic and quality care work. And they are the themes of our play. This idea of collaboration over individualism emphasises that care is a two-way street. Care is designed to offer independence, as led by the care receiver.

As Khorsandi says, “The role of the carer is to make sure that that person still has the degree of care and is given the dignity and the human rights that they deserve. Just as much now as when they were hop skipping and jumping and contributing perhaps financially to society or practically to society.”
Khorsandi reflects on her own experiences as a care worker when she was just 19. Other members of staff – far senior to herself – would abscond the best roast potatoes on a Sunday leaving the worst for the guests. This seemingly small act reflects a wider lack of respect and importantly empathy for receivers of care in our society today. Pondering why older generations and those living with dementia can so often be overlooked, she recognises poignantly and simply that “we don’t want to think about when we’re coming down the other side of the mountain.”
It is this fear of the “other side” that makes Khorsandi feels ambivalence towards her character, whose name is Brain, or Brian.
“Brain represents pain that I want to stay away from.”
Born in a petri dish, Brain (in the play) lives and exists outside of the human body. It is this fear of “being physically unable to express what’s on my mind” that the comedian finds particularly distressing. Rather than disliking Brain itself, Khorsandi would prefer not “to have to engage with brain too much because it’s everything I am terrified of”.
However, despite the hefty topic there are moments of light relief within the play. As a comedian, she explains why such respite is significant.
“For me, the best way to connect as human beings is with humour. The play (…) is absolutely wonderful and in touch with who we are under all the nonsense.” Ultimately, the simple value of human connection is what care, and the play are about.
To conclude our interview Khorsandi left us with one final note…
“We’re very simple. It’s very simple. Take care of me. Hear me. I need you.”